We completed a user survey, following up with the owners of our team building exercise to get their reactions to the game in the context of its value and impact. Given the complexity of the world and the difficulty of reaching people, we were pleasantly surprised to get over 50 responses to our questions, along with a variety of solid comments about the exercise.

We have been selling and supporting The Search for The Lost Dutchman’s Gold Mine worldwide since 1993, and we are really pleased to get so much confirmation from our users as to its value. Respondents were experienced team building trainers and consultants; 36 respondents had used 6 or more different team building exercises.

Deliveries were successful from the git-go, with 22 of 44 people reported that their first delivery of LDGM “was wonderfully successful” while most found that first play simply “successful.” Few had any problems or issues using the exercise in their sessions, and some people use the exercise routinely for senior management groups (like Robin Speculand) or very large sessions of more than 100 people.

Most people thought Dutchman very solid and useful. And remember that these people are generally experienced trainers and consultants, globally. If they went to another company, 45 out of 47 people said that they would consider purchasing the exercise again for improving teamwork, communications, engagement or leadership. (I will admit that I really do like that number!)

We asked a really tough T/F question: “LDGM is the best exercise I know of to work with senior managers on issues of strategy, alignment, and organizational collaboration.” Fully half (50%) said this was TRUE! Only 9 people said False, which given the broad experiences of our users, is fantastic. Comments were all supportive of our design, packaging and pricing.

As to my support support, 100% agreed that I was readily reachable and available to answer any or all questions they had! That absolutely confirms what I have been trying to do for the past 30 years – be seen as very responsive and supportive for the use of any and all of our training materials. Few developers are known for offering that level of support, but most of my ideas for new exercises or delivery frameworks also come from those discussions. It is the reason we remain a small company and a reason that I seem to always be online! (grin)

As to value, two thirds (67%) strongly agreed that the purchased of the exercise represented an excellent value to their organizations and 11 merely agreed, with only 5 people sharing a neutral response. And 96% of respondents agreed or strongly agreed that, “the exercise linked well to our issues of workplace collaboration and performance management” with one person being neutral.

As to representing a Best Value for a teambuilding exercise in the global marketplace, 19 people strongly agreed and 15 others agreed. Again, we framed that question up as a real test of perceived value and even the neutral responses were supportive with their comments!

It seems we are doing pretty well out there, and no one would actually name an exercise they thought was better than Dutchman.

You can find 38 testimonials on a slideshare page here.

If you have any questions or thoughts or testimonials, we would love to hear from you,

Dr. Scott Simmerman is a designer of team building games

and organization improvement tools. Managing Partner of Performance Management Company since 1984, he is an experienced presenter and consultant. 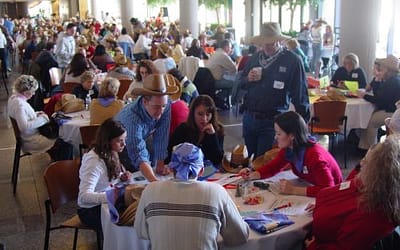 We roll forward and are actively doing demos of the new virtual design. Here is a short video that...