Some interesting points to ponder about CEO performance

You are in a race and you overtake the second person.
What position are you in?

Okay. This kind of thinking will now help us understand some of the issues around CEO performance as summarized in a post called, “The Morning Briefing: CEO Lifestyles” by Charlie Osborne on the SmartPlanet.com site. I thought that the points were interesting.

2.) Bosses feel less stress than underlings.
Report. It’s good to be the king. In news that will shock no one who’s ever had a boss, a new study finds that leaders are far less stressed than their minions.

3.) Doing the math on CEO pay.
These days, there’s ample outrage about continuously skyrocketing levels of CEO pay. Lately, though, corporate managements and boards as well as CEO pay apologists have started angling to persuade us that CEO pay isn’t that badly out of whack.

4.) How much do bad bosses cost American businesses?
According to a new movement, three out of every four people report that their boss is the most stressful part of their job. Bad bosses are bad for employees, bad for business and bad for our communities.

Each of the above is linked to a source and the overall picture is that we need to look carefully at leadership style and performance at all levels of all of our organizations. I thought that this was interesting and that last link takes you to a page on positive psychology.

Michelle McQuaid is taking on workplace bullying, one boss at a time. She says improving leadership behavior will save our economy $360 billion in lost productivity each year. For harassed employees, it’s also likely to save their health and family relationships, which are all too often strained by this increasingly bad situation.

You can read that stuff yourself. Interesting and thought provoking. Me, I focus more on the organizational structural stuff and the behaviors of people in teams and between teams.

I have said many times that, “A desk is a dangerous place from which to view the world” and that, “Boss spelled backwards is self-explanatory.”

I do NOT think we can change much in the upward direction.

But I also DO think that we can improve workplace performance and morale by solving more of the Square Wheels issues and problems that exist. Taking on bad management is a whole ‘nother animal, altogether.

In times of rapid change with demands for continuous continuous improvement in productivity and innovation, learners are the ones who have the opportunities to grow and change. These people often find themselves thumping and bumping along in systems and processes that used to work just fine. But they are now working in a world that no longer rewards past successes. Those that ask are those that succeed. Continuous continuous improvement is the requirement for organizational and personal change.

← Thoughts on Boiling Frogs and other metaphors on change On Managers, Competencies, and Skills -- Some Square Wheels → 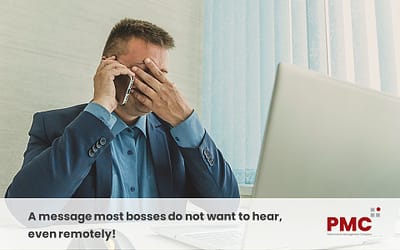 Sharking is a term used in pocket billiards and other cue sports when one's opponent tries to use...